An In-Depth Guide to Setting Up Sales Accelerators 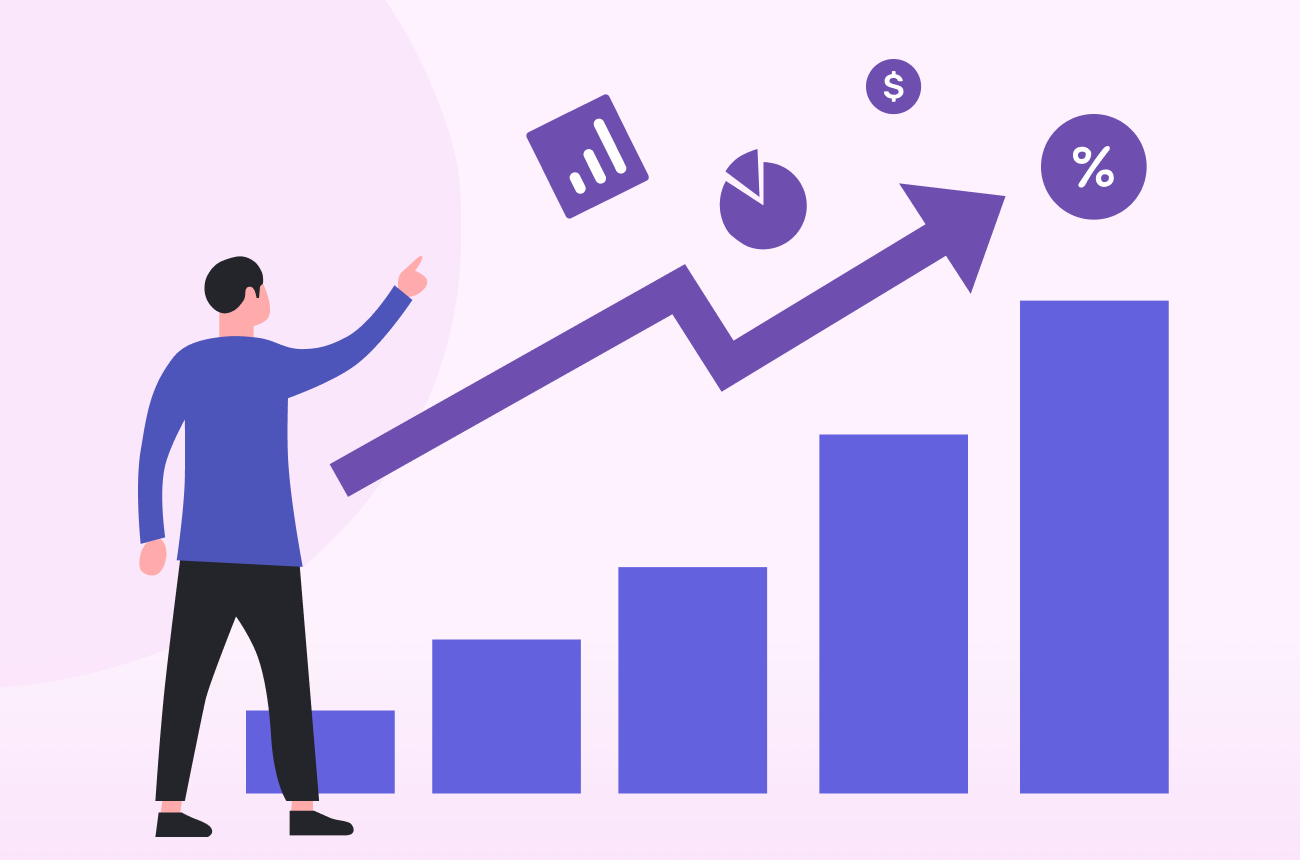 As a sales leader, you’re always looking for ways to motivate your reps. You not only want your reps to attain their quotas, but to keep closing deals even after exceeding it. Don’t you?

One effective way to make your reps exceed quota is to introduce accelerators in their commission plan. The trick though is to execute it in the right way.

So, how do accelerators work, and how to make the most out of them?

Sales Accelerators: What are They?

Sales accelerators are a higher rate of commission that comes into play after reps hit their quotas. It’s used to reward the star sellers and motivate them to keep closing more deals.

‍For ex: If the commission rate of your rep is 8% until they attain their target of 100%, their commission rate increases to 12% for 100-150% of target attainment, and so on.

Here’s Why You Should Have Accelerators

Your rep’s commission structure would include a fixed pay and variable pay, which determines how much reps can earn depending on their quota attainment.

If you do not introduce accelerators to the commission structure, reps wouldn’t have any reasons to close deals after they hit their targets. They wouldn’t be motivated to do so either. They’d push the deals to the next quarter where they’ll be able to hit their targets and take home their incentive pay. Even though they might earn additional money if they close now, nobody wants to have a down quarter due to yearly appraisals and psychological disadvantage. You can avoid this occurrence by the use of accelerators.

1. When do accelerators apply?

Accelerators should only apply post 100%. This is how a Senior Leader used to describe it in my previous firm. “You are just doing your job if you hit 100%. It is still a good thing and I take no credit away from reps who hit 100%. But, reps shouldn’t be given accelerators for it. Only over performance has to be rewarded lucratively.”

So, always be wary of applying accelerators at less than 100%. The philosophy might sound too harsh but that’s the reality of how sales works. Rewards aren’t shared or even handed out just like that. Only the top performing reps get to earn the rewards.

But, there are some exceptions to this rule especially when it comes to sales managers and leaders. There may be instances where you end up deploying them with too much quota, and you want them to hit 100% when they achieve 90% of team quota. That's fine as long as there is no other way. But make sure to not take that as an example and make a case for sales leads or reps to have a similar structure as well.

‍2. Do accelerators apply to all components?

Accelerators work best for the primary component that reps can actually control. If you accelerate bonus components, you end up overpaying and lose your profits completely.

For example, here are the components to consider for each role using our incentive circles framework.

‍
Accelerators should almost always be restricted to the circle of control and shouldn't be applied for a circle of influence components.

3. What % accelerators to apply?

This should be based on the tiering logic. For each tier, the reward will be between a certain range.

Before we go into the details of what percentage of accelerators to apply, understand that these ranges are extremely generic and apply only to 50 to 70% of the situation. The principle behind each tier in itself is very sound. But the ranges need to be decided based on historical performance and the probability for x% of reps to land on the target range. You ideally wouldn’t want more than 10% to ever reach Tier 3. When it comes to Tier 1 and Tier 2 put together, it shouldn’t be more than 25%.

Here’s how you can segment the tiers as you introduce accelerators in the commission plan.

Basically, Tier 1 acts as a hook for the second tier which is where you want your top performers to be. People who attain an additional few percent above their designated quota come under this category. Use accelerators to show them that they are making more and could ideally earn even more if they perform better. They’re sure to keep pushing their boundaries.

Based on data, the usual range is 100 to 150% of attainment. For leaders, it’ll be as low as 120%, and for SMB reps it’ll be 150%. The point is to define the range based on how often salespeople can achieve it rather than sustained overperformance.

The kicker rate for tier 1 can be between 1.5x to 2x the base commission rate.

"Accelerators are all about driving revenue growth. I prefer a simple framework; complexity creates confusion and opportunity for human error. By exceeding your quota in a given period, any excess booking value compounds according to the accelerators you are locked into. A 5% commission on a $250k quota can become 5% at $250k and 10% toward anything in excess, up to the next accelerator tier. If you’ve rolled out a well-executed plan that has been financially modeled, legally sound and capped for profitability, it’s a win-win for businesses and employees!"

This is the most lucratively rewarded tier. It is reserved for the truly top performers, less than 5 to 10% of your team. These reps are rewarded lucratively because usually, they’ll cover for your underperforming reps or ramping reps. Also, this should be a tier where reps can hit their targets only through their closing skill.

The kicker rate can be 2x to 4x of the base commission rate only for attainment above the Tier 1 range.

There are always going to be reps who get one big deal and hit 400% of their attainment by defying all laws. It shouldn't be practically possible for your reps to hit above the range of Tier 2. If that's happening a lot, then there is a serious quota problem.

With that in mind, Tier 3 and above should be capped and should definitely fall into the kicker rate of Tier 1 or even lesser. This is to ensure we don't break the bank and lose gross margin on the big deals. So, if Tier 1 is 2x, Tier 3 should be 2x or even less at 1.5x. You won't have pushback on these.

"Make sure to consider the psychology behind sales commissions. A common mistake made when setting any variable compensation plan is overcomplicating it. Any commission structure needs to motivate sales behavior that will maximize revenue, and you'll get the best results if your salespeople can easily calculate in their heads what they can expect in their next commission check if they go above and beyond."

Non-sales roles require a nuanced approach. You may think of no accelerators but that's pretty demotivating given that they have access to other team's accelerator information one way or another. The rule of thumb is to do a 2x acceleration but limit it to 150% as capped payout %. Non sales roles are usually Operations, Partnerships/Alliances or Demand Generation etc. They don't take as much risk as sales on the front line and hence, their reward needs to be capped accordingly.

‍5. How do we go about decelerators?

Usage of decelerators in compensation plans is from the 2000s. Today, they’re preferred only by companies where the base pay itself is high, and want to ensure they don't end up paying for sub par attainment of less than 50%. They apply to the enterprises mostly. But, there is an alternative especially if you have management pressure or finance inclination towards this component.
‍
You want your reps to do well. So, have a minimum ACV value component and minimum number of deals component instead of a decelerator component like 0.7x the attainment. The minimum ACV component can be something like 10 to 20% of their quarterly quota. And the number of deals can be 2 or 3 such deals so that you know for sure they are getting paid after 50%. This number needs to be derived from finance and gross metrics and not in isolation.

Accelerators are indeed a powerful tool to have in your commission plans. When executed well, they’re sure to impact your sales numbers. While there are different methods to approach accelerators, the above mentioned questions can be a good starting point. Implement them to create a win-win situation, where your reps are rightfully rewarded while bringing in more revenue to the organization! 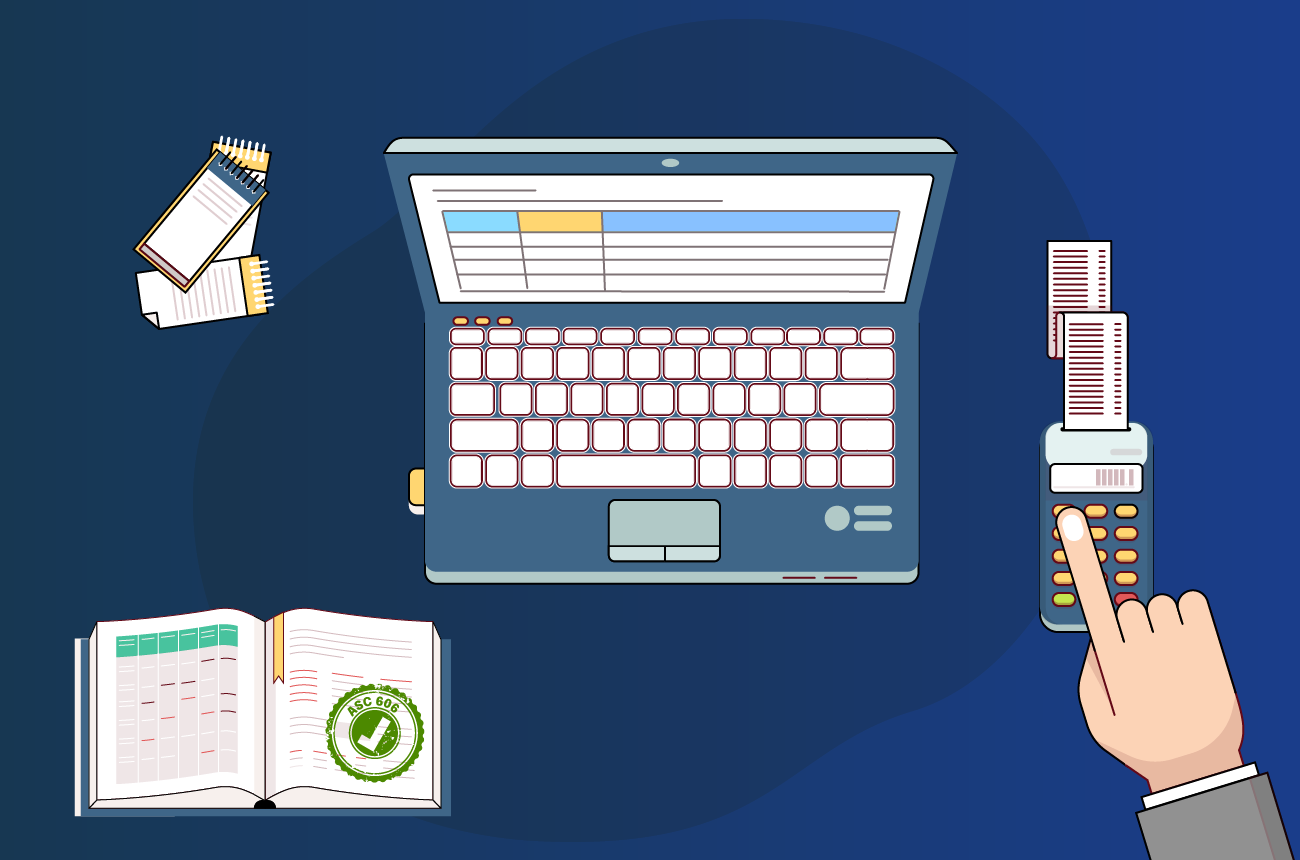 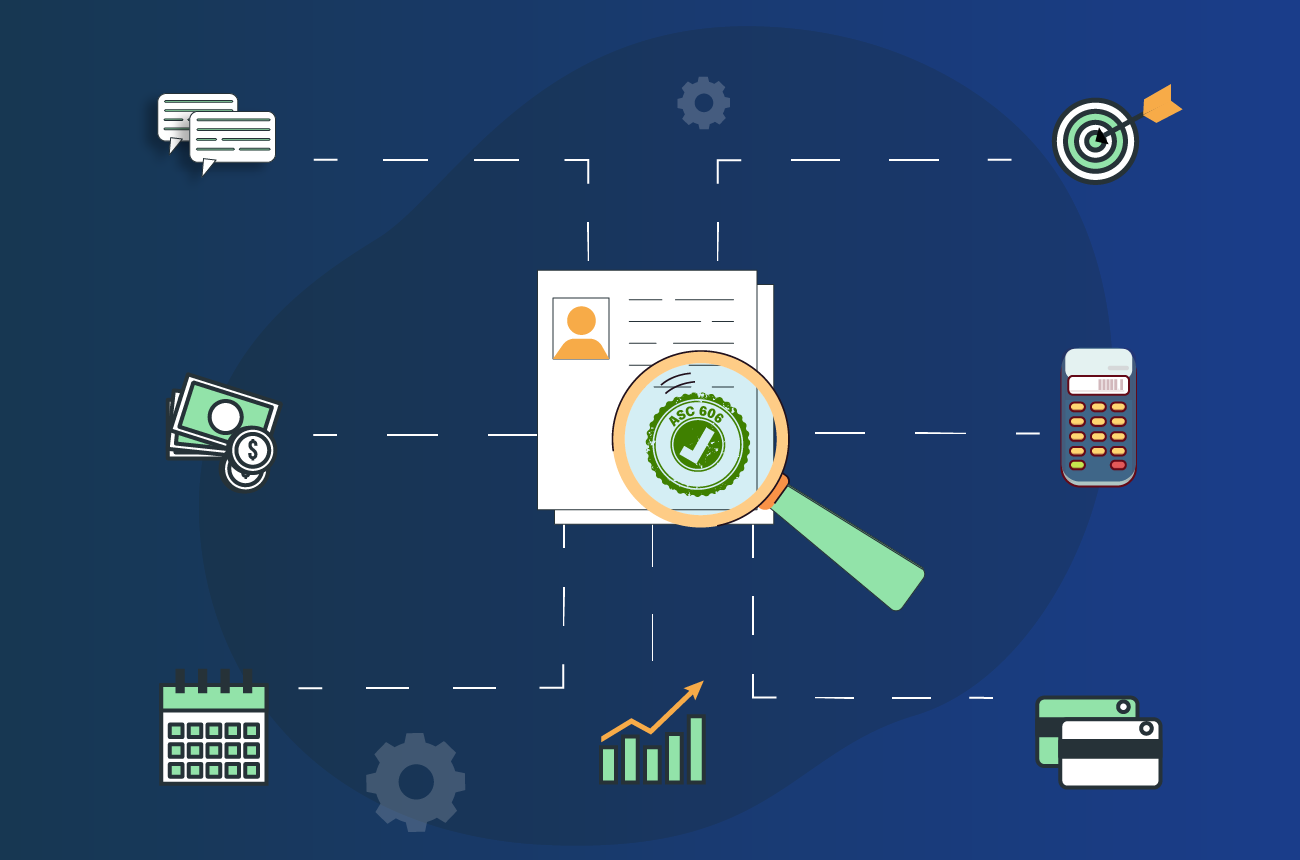 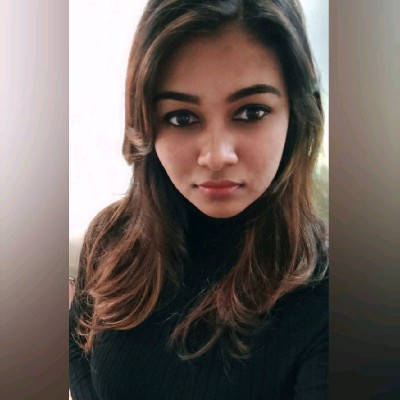 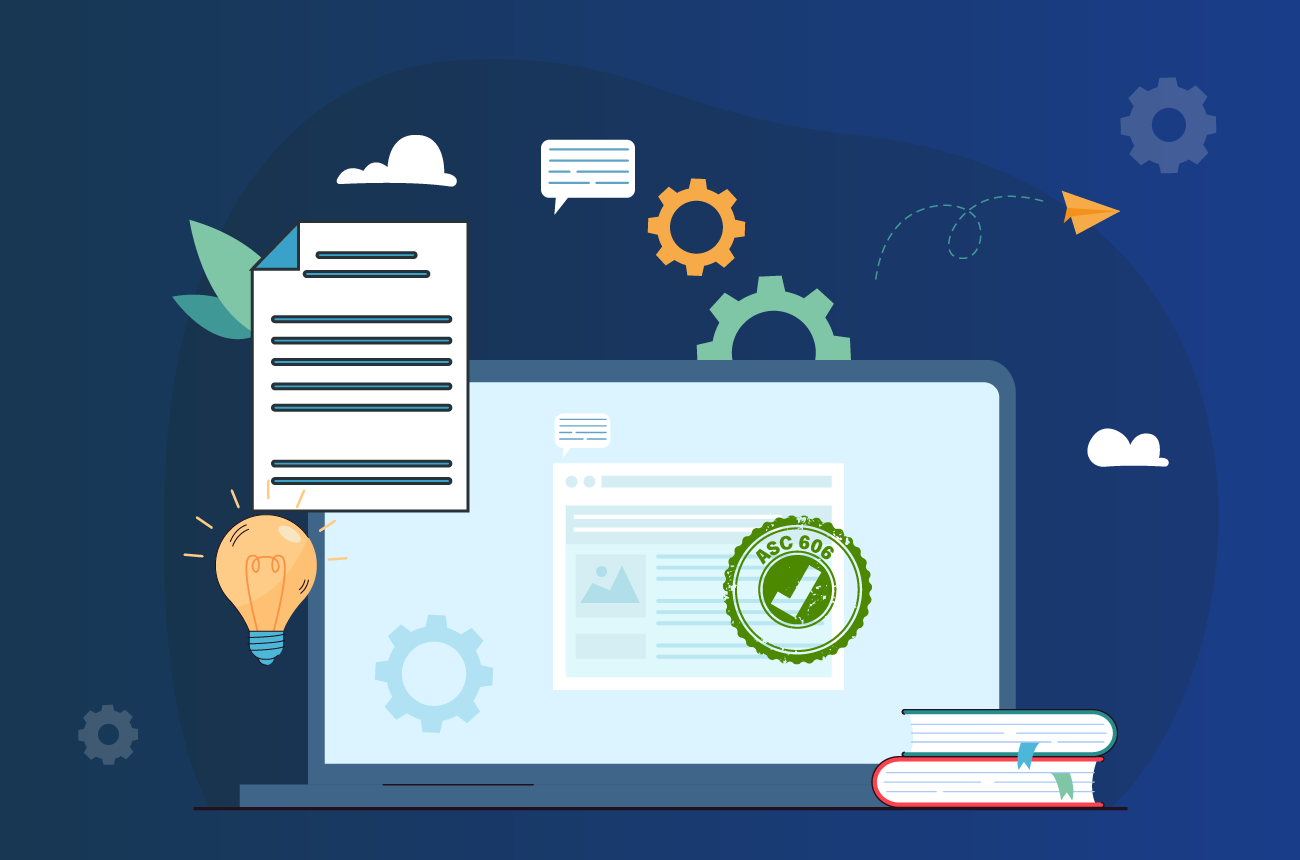 All About SaaS Revenue Recognition With ASC 606 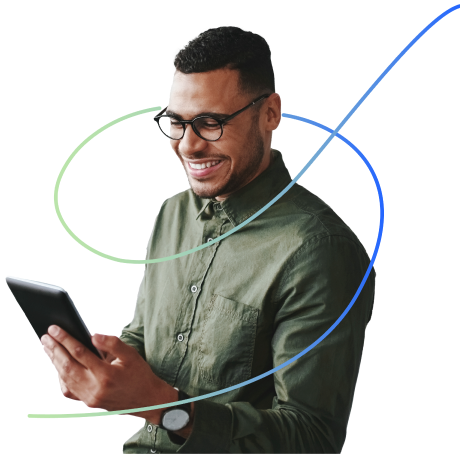